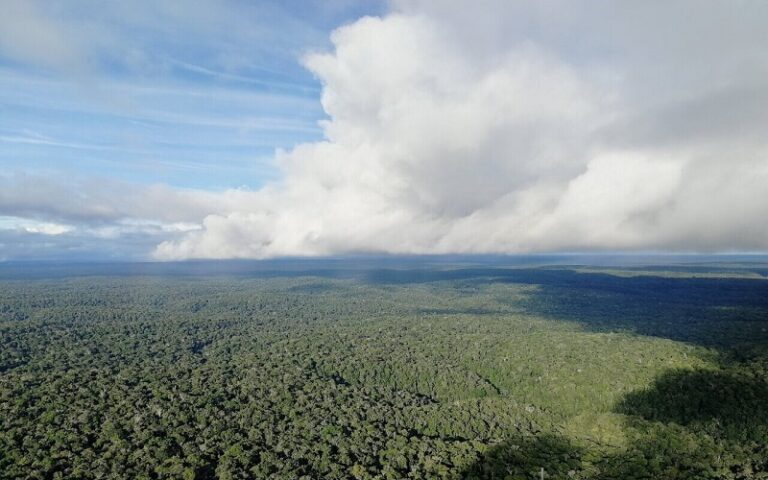 A study provides a better understanding of how the Amazon could react to climate change by the end of the century. Crossing a tipping point beyond which the whole of the forest would turn into savannah, for example, seems rather unlikely. The results were published in the journal Earth System Dynamics on November 24.

The risk of seeing all or part of the Amazon turn into savannah under the combined effects of deforestation, agricultural practices and climate change remains difficult to assess. One of the difficulties is that most models do not show such an evolution, thus opposing a growing number of theoretical and observational elements suggesting the approach of a tipping point. Given the importance of the question, research on the subject is particularly intense.

The latest generation of climate models, however, changes the situation since it reports a decline of the Amazonian forest with continued warming. The emerging process is, however, more subtle than reasoning based on simplified theories might suggest. Indeed, the models show that the Amazon is not rocking as a whole, but rather by segments. We thus observe a kind of stair-step decline as environmental conditions deteriorate.

Amazonia and climate, a multitude of tipping points

Instead of a single tipping point, we would have to imagine a multitude of them, each associated with a small section of the tropical forest. Scientists note, however, that even local diebacks would have dire consequences for the ecosystems and communities therein. “This study suggests that for every degree of warming above 1.5°C, up to 12% of the northern Amazon will see steep declines in carbon content in vegetation,” said Isobel Parry, lead author of the study. .

In addition to revealing local bifurcations in response to warming, the models show that these tipping points are preceded by an accentuation of the seasonal thermal cycle. Indeed, the vegetation becomes increasingly dry, which accentuates the rise in temperatures outside the rainy season. This indicator, which signals increasing water stress, therefore seems promising for identifying the imminence of tipping points in the real world.

“The temperature observation data allow us to infer that the Amazon has been drying up for more than a hundred years,” reports Paul Ritchie, author of a sister study on the issue. “Earth system models predict continued drying in the future under global warming, giving us yet another reason to be concerned about climate-induced Amazon rainforest dieback.” Fortunately, the Amazon has little risk of tipping over as a whole, leaving more room for forest protection and climate change mitigation policies.