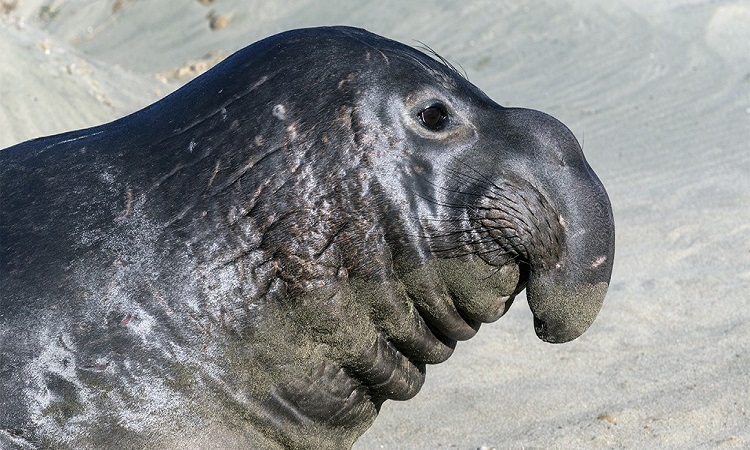 By ingeniously taking advantage of elephant seals, a study has shed light on the mechanisms involved in the dynamics of the Blob, this exceptional marine heat wave that occurred a few years ago in the northeast Pacific. The results were published in the Journal of Geophysical Research: Oceans on July 4.

The marine heat wave that affected the northeast Pacific between 2013 and 2016 was the most intense ever reported since the beginning of observations, with anomalies sometimes exceeding 6°C. Named The Blob in reference to a nanar from the 1950s, it has fueled a large body of studies, especially since several aftershocks have occurred since then, including a notable one between 2019 and 2021.

Elephant seals to examine The Blob

Thanks to sensors placed on a group of northern elephant seals, a team of researchers was able to record the phenomenon from below from 2014 to 2017. Indeed, if the monitoring of temperature anomalies on the surface of the sea is easy thing with satellite instruments, the situation quickly becomes complicated for anomalies located below the surface. However, they play a strong role in terms of the persistence and risk of a resurgence of the heat wave.

“Elephant seals collect data in places different from existing oceanographic platforms,” reports Christopher Edwards, lead author of the study. “This is an underutilized dataset that can tell us about important oceanographic processes and help biologists understand the ecology of northern elephant seals.”

An understanding of the phenomenon that is being refined

The most valuable measurements were collected during the migratory phases, when the animals dive several hundred meters deep and travel long distances. They revealed larger heat anomalies than previously estimated, with an extended thermal excess at least up to a thousand meters deep. The latter was also largely maintained during 2017, at the very time when the Blob was disappearing on the surface.

“These temperature anomalies are so deep that they are unlikely to result from mixing from the surface,” explains the researcher. “A reasonable mechanism is that the exceptionally warm waters were transported north from the south. What we don’t yet know is whether this northward transport is directly related to surface warming. Surface changes may have transiently altered deeper currents to pull southerly waters northward.”

What is certain, however, is that in a context of global warming, marine heat waves will become more frequent, more intense and will affect larger areas. As the latest IPCC report indicates, these are trends that have already begun. For example, since the 1980s, the number of marine heat waves has doubled worldwide.

“The more information we can collect, the better off we will be in terms of understanding what is happening and dealing with challenges,” the lead author points out. “While elephant seals have been used to study the physical oceanography of polar regions for some time, this is one of the first studies to use the data collected to answer oceanographic questions in temperate regions, such as the North Pacific Ocean.